Could you tell about yourself to the ones who don’t know you?

I was born and grew up in Turkey. Then, we went to the U.S.A with my family. I studied high school and university there. I graduated from the University of California, Berkeley with a degree in Electronic Engineering. I worked as an engineer for a while in San Francisco after I graduated. Then, I worked in the areas of product management and marketing for a certain time. I went to Hong Kong and had a chance to work in a chip firm there. In 2001, the DotCom crisis arose, and the bloom is off the Silicon Valley. My family and I were thinking of moving somewhere else. In that period, we used to come to Turkey for the holidays. I said, “Why don’t I start a business in Turkey?” and started to do something about the internet after telling this idea to several of my friends and we created chips to connect electronic devices to the internet. We realized that we were 15 years early to do this because today IoT might be so popular in this sector, but Turkey was not ready for it at that time. So, I started to think about new things. The idea of Air-Ties started to form in that period: We were going to connect all the electronic devices to the internet from a center without dealing with cables. Wi-Fi was developing recently in those days and we predicted that wireless network technology was going to become so popular in Europe. If you ask me why I chose Turkey, I can say that Turkey was similar to the target market. There used to be many well-educated engineers in Turkey, but everyone was leaving to go abroad; because at that time, there was no work requiring engineering in real terms. We want to both work as engineers and improve this sector. I founded Air-Ties with this aim. I could bring many people back from the U.S.A to Turkey. Moreover, Turkish people living in the U.S.A were telling us, “What are you doing, you are all crazy, you can’t work in Turkey.” My other goal was to prove the opposite of it. Air-Ties was known as a modem in Turkey firstly and increasingly, it went towards wireless network devices. Now 95% of endorsement is abroad, and our biggest customer is AT&T from U.S.A (the biggest Telecom operator in the world) and it has 140 million wireless users.

So, what has been happening since the first day Air-Ties was founded? I mean, how was it at the very beginning, what did you go through, how is it today?

While we were founding the company in Turkey, there were not stories of entrepreneurship or venture capital. And angel investment was not even heard. And I was trying to collect money. People here were attempting to have 80% – 90% of the company by giving 100 or 200 thousand USD because there was no other mindset apart from this. I rejected all of them. I created a small capital with the help of the people close to me. The house I bought here as a summer house was the starting point, I used that first. My family was still in the U.S.A. I didn’t include hardware into my business in the first place, I bought it. The main difference was about software. As Air-Ties, we got into the retail market and took the 50% – 60% share of the market. In those days, there were approximately 100 modem firms. Like Sisco, Linksys, and Zoom. And there were Chinese products. We got in quickly too and took the market share. If you ask me the reason for this, I can say that we made so many differences in the product. We made some things different in terms of network coverage, Turkish interface, technical support for 24/7. I could find a few angel investors in time. Ziya Boyacigiller, one of the founders of Galata Business Angels, became my first investor and got on the board. Together with him, I brought Burhan Karacam, then Ali Koc, and Murat Ozyegin. Then the 2009 crisis arose. The modem business in Turkey literally was ruined. I decided to go on an investment round after the crisis and then we agreed with Private Equity Fund from New York. They made investments, and then we got investments from Europe, and Air-Ties has come to this day.

When we look at the 10-year of the internet history of Turkey, where does Turkey stand for internet technologies and digitalization, according to your opinion?

Turkey is always open to technology in terms of consumption. This country is curious about technology. No matter what their income is, all the people try to reach technology. One of the biggest markets on Facebook is Turkey. We can’t say the same thing when we look at the production part.

When we look at this on the basis of users, I still think that there is not enough consciousness in the sense of founding a business online and demonstrating creativity in this area. What can you say about that? We use it for social media platforms like Facebook, just for fun.

Yes, there is such a situation, but many start-ups have come up in Turkey in the internet sector and they will.

The real question here is that most of the work done here is the application of the business models proven in the U.S.A or Western Europe to Turkey.

Are you a Pain Killer or Vitamin?

I mean, a little; I guess we add some local sauces on it. Including some of the members of Galata Business Angels, many people started this and made money off it. So, it’s not a bad model, it’s a working model. It’s harder to take the idea from the start and develop it. We think we will overcome these because we see new opportunities, new ideas. How successful it will be, that’s another thing. The biggest problem about the success (the same as it is in the U.S.A) is not to know and define the marketplace well. I mean, the most important issue is “Product/Market Fit”. First of all, it’s about what is your target group exactly, I mean, what is the marketplace, and for the product or service or whatever you develop; is it enough to meet the needs of people? Does it do this in a way that is different enough? Because one of the standards we use in the U.S.A is whether you are a vitamin or pain killer. “Are a vitamin or pain killer?” If you are a vitamin, nobody will change the vitamin they use. I mean, why would they? But if you solve the problem when they say, “I’m dying, I have so much pain.” Then people get ready to use yours. So, it’s important to make a huge difference. I mean, first, you need to define the market very well and combine this ending the pain thing with it well. That’s the difficult part. The rest is easy when you do it, it’s easy to find money, it’s easy to find people. Of course, it’s hard to find good people all the time ama any of the things that have happened until this point in the development of a start-up doesn’t matter. Bring the best people in the world, there’s no point as long as you don’t succeed in it!

What’s the biggest problem you’ve come across in Turkey about internet technologies? In what area did you have the troubles the most?

One of the biggest problems in Turkey is that no matter how well we use the technology individually or as a customer, companies regard it from a whole different point of view. By the way, it’s important to mention that Turkey is at the advanced level in finance and banking in terms of technology but generally, firms are trying to buy the cheapest one. We don’t have a mindset in which we want to be a customer of it and help a technology firm developing in Turkey. Even in public biddings, no matter how many local conditions there are by law, we can see some problems while implementing it. A Chinese firm comes here together with 1000 people.

So, how do you evaluate the entrepreneurship ecosystem in Turkey?

There is a huge development when it is compared to 2004. I can say 10 times more. In terms of finance, the number of people investing has increased, but there is such a situation; the number of people who have gone through a start-up process, experienced it is very low. Because let me tell you what happens: the things that a small group of 5 people can do at the beginning are completely different than those of senior managers of a big and already existing company. Those people can’t help in mentorship. So, the concept of “know-how” is also rare. That’s why Silicon Valley succeeds. It’s not about only money. People think so most of the time. I can realize this is what the entrepreneurs, who I met and talked with, said at the beginning of the talks. What’s missing is sophisticated knowledge. As I said, an entrepreneur shouldn’t concern with anything like getting a lawyer or something except for “Product/Market Fit”.

So, what is the greatest issue that entrepreneurs in Turkey encounter at the beginning of their start-ups?

The first one is the marketplace. And the second one is whichever product or service that solves a problem. The rest of it happens when you do these. Because what you need to say while searching for investment is that “1000 customers used this product, they use like this, they are happy with it”. Then that means there is a marketplace.

Well, which mistakes might there be in the advanced levels? What did you observe?

Well, let’s say that an entrepreneur couldn’t realize it in the first stage. When s/he starts searching for investment, especially for the early-stage investments, should the investor have the capacity to understand it? I mean, could all people who have money become an investor?

Exactly, it’s not just about money. The biggest difference between the investors in Silicon Valley and Turkish ones! The mindset of people there, how they see things, and how they comment are very different. Especially for angel investment.

There are some social dynamics belonging to a society. Turkish society’s dynamics are not all the same as the ones of the U.S.A, as you can see. Can an investor be an investor everywhere?

How does an entrepreneur regard investment, what does s/he expect, does s/he have the vision to have it get scaled globally? Of course, the vision should come from the entrepreneur to some extent; but the investor has to be able to realize it at least. I mean, no matter at which stage they are in, an investor should be able to say this: “This entrepreneur can do this, there is an opportunity, this is suitable for them…” Like a psychologist or sociologist in a way. It’s about being able to estimate it and know the person in a sense. After a year or two, what most of the investors do is to say, “This entrepreneur doesn’t know how to do it, let me assign a general manager for them.” for the person s/he invested. I don’t understand how it helps!

P.S.: You can continue reading the interview in which Bulent Celebi’s opinions regarding his experience in investment and in Silicon Valley take place. 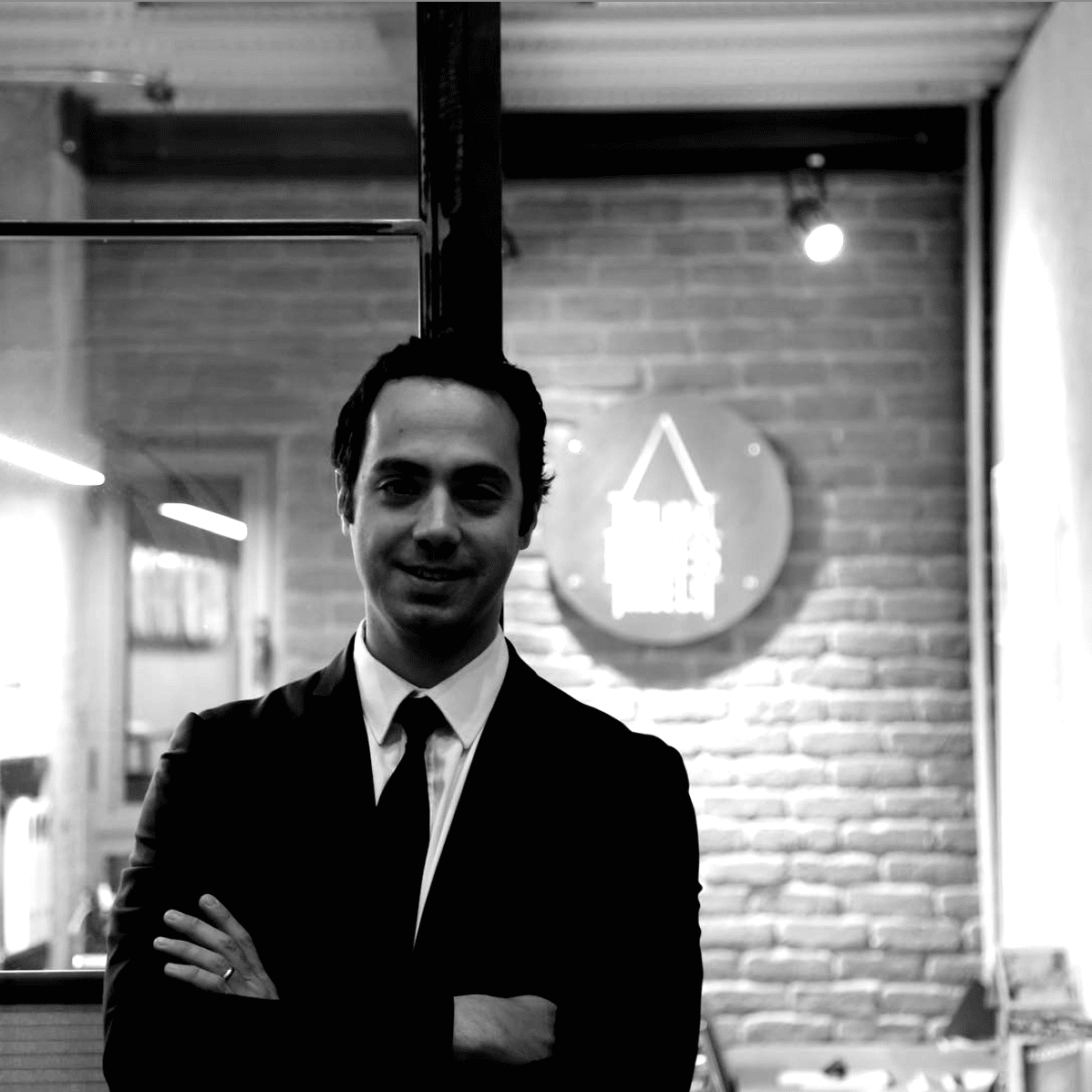 The Ecosystem That Embraces the Start-ups: Chile